On Monday, September 5, 2022, the Blues’ official website posted a confirmation of the announcement. James reportedly signed a six-year contract at Stamford Bridge, keeping him with the team at least through the summer of 2028.

James thanked everyone at Chelsea for their assistance in helping him succeed since he graduated to the first squad and expressed his joy over his new deal with the Blues. The adaptable player is anticipated to earn more than any other Chelsea defender in club history.

I am over the moon with my new contract and I’m thankful for the fans, the new ownership and everyone involved in the club. I cannot wait to see what the future holds, and I am sure we will have the chance of winning many trophies. I grew up supporting this club and I’ve been here since I was a six-year-old. I put pen to paper on a new deal because this is the club I want to be at. I’d like to say a special thanks to the fans, I am here to stay and we have a bright future ahead of us.

James has been in outstanding shape since since the 2020–21 football season, when he made the Blues’ first team. At the end of that season, he had six goals and 10 assists. 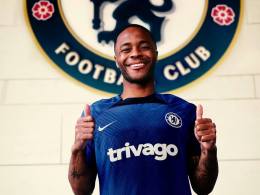 England forward, Raheem Sterling, is currently in London to undergo medicals ahead of his transfer from Manchester City…
byadmin
12 views 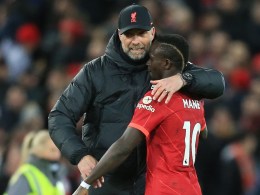 Sadio Mane, the captain of Senegal, has received an emotional letter from Jurgen Klopp, manager of Liverpool Football…
byadmin
13 views